Women’s voting rights advocates mounted a national visual campaign to challenge the popular cartoons that mocked them. This exhibition explores the images that leading activists wanted the public to see—and some that they wanted to hide 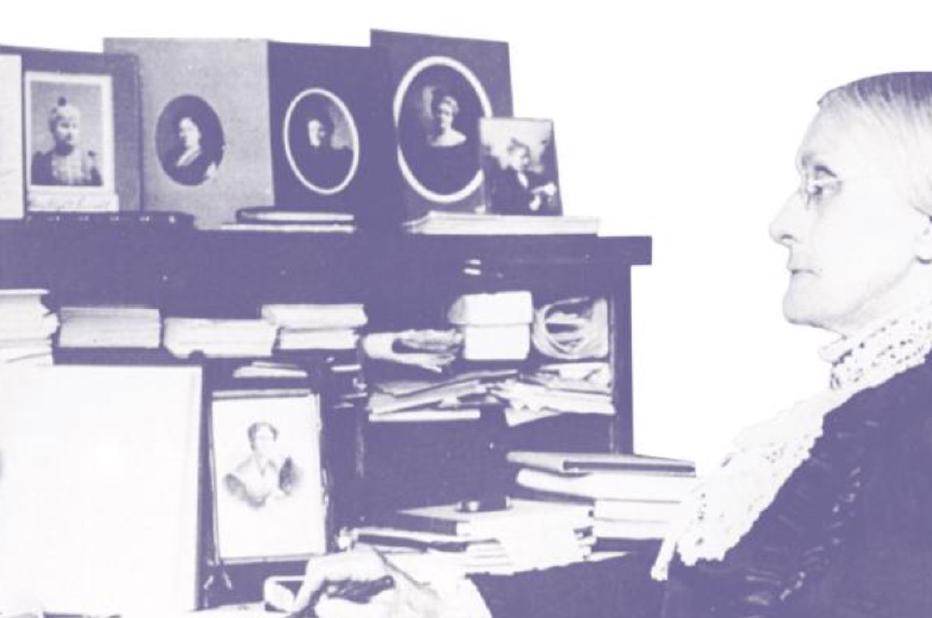 For most of American history, popular pictures have mocked women in politics as aggressive, manly, even monstrous. When reformers launched the women’s rights movement in the mid-19th century, they also launched a visual campaign. Women’s rights advocates distributed pictures that challenged ideas about women’s roles, expanded notions of citizenship, and laid the foundation for modern media politics.

Seeking to counter caricatures of women in public life, female reformers designed a visual vocabulary that featured women as political leaders. Reformers who fought for women’s voting rights—known as suffragists—emphasized that women could be good mothers and still march in Washington, DC. Their campaigns used the latest image technologies, from cheap engravings and photographs to colorful posters.

This exhibition explores the images that leading activists wanted the public to see—and some that they wanted to hide. White suffragists portrayed themselves as civic-minded and moral women. At the same time, they often assured their opponents that female voters would preserve white supremacy and pose no challenge to the laws that prevented people of color and poor Americans from voting.

Lacking funds and support from the white suffragists and the mainstream, white-dominated press, women of color in the suffrage movement employed images on a smaller scale. Yet if their pictures are less familiar, they are no less powerful.

Suffrage pictures are more than illustrations of the past: they were central to the vibrant visual debates about women and the vote in the United States.

In the 1890s, suffragists started producing colorful visual propaganda to win over more Americans to support their cause

In the early 1900s, suffragists staged public protests like parades and pickets. Newspapers across the country printed photographs of their events, which kept their cause in the news and on the minds of voters

Section 6 The Legacy of Suffrage